If you’re in the business of trying to describe Canadian higher education, one of the hardest things to do is to try to explain Canada’s community college sector, since the institutions that comprise it vary substantially from one province to another.

If one takes a historical approach, then there are, broadly speaking, three types of colleges in Canada. There are Quebec’s CEGEPs, which are sui generis both in Canada and internationally. Technically creatures of the 1960s, their roots go back over a century to the French Catholic tradition of colleges classiques, which were a major form of both secondary and post-secondary education (they straddled the two) from the early nineteenth century onwards. Following the Parent Report, these colleges had a secondary vocational mission tacked on to them in the re-organization of the Quebec education system after the Parent Report.

Then you have the Alberta and British Columbia systems, which resemble CEGEPs in that they both contain two parallel tracks, one vocational and one university-transfer. However, as the transfer function in AB and BC is an alternative to enrolment at a university rather than a pre-requisite, they more closely resemble American junior college systems than they do Quebec’s.

And then there is everybody else, basically. In all the other seven provinces, the colleges are much more firmly rooted in their roots as vocational schools and their creators’ utter resolution that these places not be universities.

There are some differences in the way the systems are governed: Newfoundland, New Brunswick and Nova Scotia with system models, Manitoba, PEI and Ontario having individual institutional boards and Saskatchewan having started with a system of individual schools, then later welding them into a system and tacking on a bunch of “regional colleges” which don’t have really counterparts elsewhere in the country.

There are also some differences in the way the system evolved: Ontario colleges are by and large more technologically advanced and offer a wider range of training for white collar occupations than those in the other six provinces (and in this respect are closer to the Alberta and BC models). But historically speaking, they are all close enough for jazz.

So that’s the historical triptych: 1) Quebec 2) Alberta/BC 3) everyone else. But if you look at what colleges actually do, rather at their history or governance, I think it’s actually a bit more complicated than that. Here’s my take: there are the CEGEPs, which are still unique no matter what classification you use. There are the Polytechnics. And there is everybody else.

In most of Canada, the term Polytechnic does not have a legal meaning outside the province of Alberta. But as that term has come to be defined, it refers to that group of large, professionally-oriented and technologically sophisticated institutions which are heavily involved in both applied research and in providing bachelor’s level education. They are big organizations that in many ways resemble universities as much as colleges and not solely because of the degree-level programming they offer.

If we look at the colleges outside Quebec, the fourteen institutions which use this term and identify themselves through membership in Polytechnics Canada – including BCIT and Kwantlen Polytechnic University in BC – make up nearly two-thirds of Canada’s college student population. Though their number is small, they represent the median “college” experience, particularly in urban Canada west of the Ottawa river. [www.polytechnicscanada.ca]

What that leaves are a few dozen institutions, mostly quite small and mostly situated outside the major cities. They tend to be less capital-intensive and more trades-focussed. Access (particularly in a geographic sense) is a much more central part of their identity, and they deliver a significant proportion of their programming via community-based teaching. And they’re often tiny: enrolments of 2000 or less are not uncommon. Precisely because they are small and usually rural, they often have astronomically high per-student costs. This is not a sign of inefficiency (or not necessarily one, anyway), it’s just the nature of their mission.

Now the line between those two types of non-Quebec institutions is not quite hard-and-fast; there’s a grey zone there if you want to get finicky about it. For instance, there are a bunch of non-polytechnics which are quite large (Mohawk, Bow Valley and Langara College in Vancouver being the most obvious), and if you look at Saskatchewan Polytechnic’s five campuses closely you’ll see some are more polytechnic than others.   But on the whole, I think this delineation of colleges stands up better than any alternative: CEGEPs, Polytechnics (which in many other countries would be called universities of applied science), and the remainder which might be called true “community” colleges. 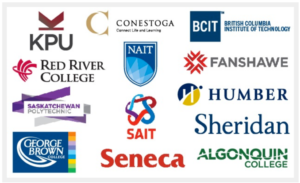 Receive regular updates from Post-Secondary BC about new developments. Hear about new programs and degrees, changes in admissions criteria and news about upcoming events.

Sorry, no related articles have been posted.