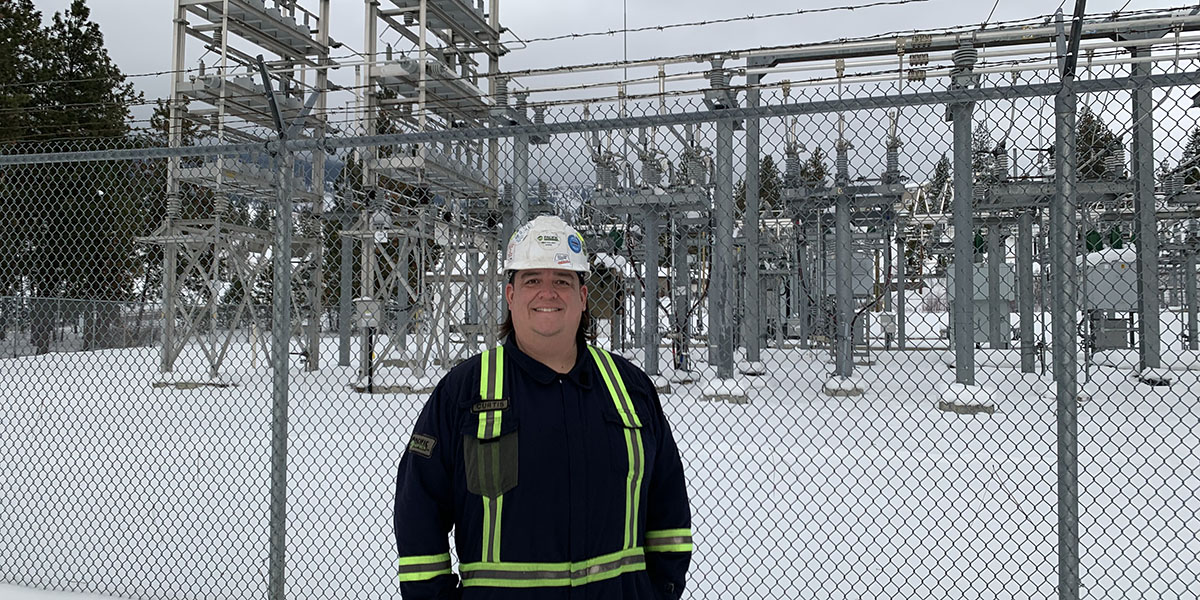 Like many students, BCIT alumnus Curtis Wright says he wasn’t always sure of the career path he wanted to take: “In the late ‘90s, everyone was talking about the dot-com boom and websites and computers. I remember [high school] teachers specifically telling me not to go into trades.’”

Following this advice, Curtis enrolled in computer programming courses at another Vancouver-area post secondary but he found himself still batting around ideas of what he really wanted to do. As a Squamish Nation member, Curtis was interested in courses that included an Indigenous connection or land stewardship, as well as writing and English, but he was still unsure of what to focus on.

That’s when Curtis says a friend made a life-changing suggestion: “I mentioned to a friend that I wasn’t getting as much out of my current education as I wanted to, and he said I should come check out BCIT.”

On his next day off from classes, Curtis headed over to the registrar’s office at BCIT. In line, he found himself in front of a wall of pamphlets when he happened to reach out for the Electrical program pamphlet, which included Indigenous-specific programming within Electrical. The program featured a mix of electrical foundations and industrial electronics training as well as Indigenous culture. For Curtis, the proverbial light bulb immediately lit up.

He says, “I changed my career right then and there. Within the first month, I knew that this was what I wanted to do.”

Are you a BCIT alum?

Curtis enrolled at BCIT in 2003. He says the opportunity to be in a room full of other Indigenous students from a range of programs was amazing. He recalls his Electrical instructor utilizing hands-on group work as a means to facilitate conversation and learn about each person’s unique background and the different Indigenous nations they were from.

“We learned about our different cultures,” he says, recalling this sense of togetherness. “We had a drum-making class and talked about injustices we’d experienced. We did a sweat lodge. It was very, very cool.”

“My math was terrible so I was nervous going into electrical,” Curtis laughs. “Receiving support from the Indigenous department made a huge difference. I owe a lot to them.”

Curtis encourages Indigenous students attending BCIT that may be struggling with anything from pre-requisites to skills to mental health to take advantage of anything that is offered by the Indigenous Initiatives department: “They’re there to help and they don’t want anything to derail you from achieving your academic goals,” Curtis says.

The importance of continued learning in trades

Dedicated to continuing his education as an electrician, Curtis has also become a certified infrared scanner, has training in the high voltage sector and in arc flash protection, and even works as a trainer. As he envisions a path to management in his future, he also gives back by sharing his electrical education and career experience with Indigenous youth of the Squamish Nation.

Encouraging students who are considering the field, Curtis says, “Believe in yourself and that you can do anything.”

Receive regular updates from Post-Secondary BC about new developments. Hear about new programs and degrees, changes in admissions criteria and news about upcoming events.

Computer Information Technology alum’s journey in becoming a CIO: “You need to work smarter, not harder.”